Dezember 21, 2019
The Syrian Observatory for Human Rights was informed that the Turkish-backed factions are continuing to transport grains from Shirkirak Silos in the northern countryside of Al-Raqqah to the Turkish territory, where new quantities of grains were taken today morning to Turkey escorted by Turkish vehicles.
Sources added to SOHR that this action was in full view of the Russian forces which are located in the vicinity of the area, but they did nothing.
It is noteworthy that the Turkish forces and factions imposed their control over the silos of Shirkirak on November 18, and the village’s silos contain huge amounts of wheat and grain stocks.
On December 11, SOHR obtained new details about violations by the Turkish forces and their loyal factions in areas under their control within the “Peace Spring” military operation.
According to this information; the Turkish-backed factions have been still continuing to steal wheat and barley crops from the silos of “Tal Abyad” city and “Sluk”.
Reliable sources said “(M.Z.) the commander in Ahrar al-Sharqiyyah faction and (T.H.) brother of the head of Tal Abyad Civil Council as well as other persons, have bought the crops stolen from Tal Abyad and Sluk silos, from al-Jabha al-Shamiyyah and Jaysh Al-Islam, and took them to pre-prepared warehouses near Al-Blue Gas Station.”
According to the sources; grain is sold to traders have ties to (B.Q.) who is on the international sanctions list, one of those traders has been identified as (A.S.) one of the well-known traders in Al-Raqqah city, in cooperation with (T.H.) and (A.F.), in which the first one has warehouses west of Al-Abbas Gas Station in al-Ferja village in Tal Abyad countryside.
“In addition, there is a second large gathering point belongs to (N.K.) and a number of his relatives who use the area to the west of Al-Mahkama Al-Jadidah Roundabout to store the stolen crops under command of al-Jabha al-Shamiyyah faction” the sources added.
According to information obtained by SOHR; “al-Dehliz” Silos in Sluk had contained 11400 tons of wheat, while the silos of “Al-Sakhrat” south of Tal Abyad, contained 11000 tons of wheat. Sources added “both silos had contained 26000 tons of barley, also there are silos in (Shirkirak) north of Al-Raqqah, with 9000 tons of wheat and 11000 tons of barley.”
Reliable sources confirmed that these amounts of grain are being taken to Turkey, after large quantities had been transported from Al-Dehliz Silos in Sluk town and Al-Sakhrat Silos in the south of Tal Abyad, and part of them stored in Tal Abyad warehouses, after the curfew imposed in the areas of the so-called “Peace Spring”.
The sources added “according to reliable information; the curfew included the movement of vehicles with exception of ambulances. Besides, Tal Abyad Civil Council is ordered to transport grain and cotton from the silos, without mentioning the destination to which they have been transported, and the head of the so-called “Tal Abyad Civil Council” said previously that the curfew to be imposed in “Tal Abyad” and “Sluk” for security reasons, from 11:00 pm to 5:00 am.” 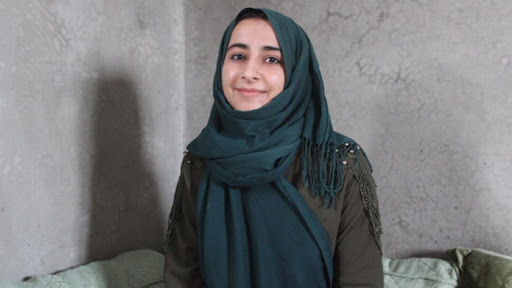 Danish boat in Aegean refused order to push back rescued migrants The crew had been ordered to tow a dinghy out of Greek waters, officials said. By Laurie Tritschler
3/6/20, 3:11 PM CET Updated 3/6/20, 3:55 PM CET A Danish patrol boat monitoring the Aegean sea refused an order to push back migrants they rescued, Danish officials told public broadcaster DR.
The Danish boat was patrolling the sea between Turkey and Greece's easternmost islands as part of Operation Poseidon, a border surveillance mission in support of Greece, coordinated by EU border protection agency Frontex.
Jens Møller, the police chief in charge of the Danish unit participating in the operation, told DR that the crew had rescued 33 migrants headed for Greece in a rubber dinghy when they received a radio …
Mehr anzeigen